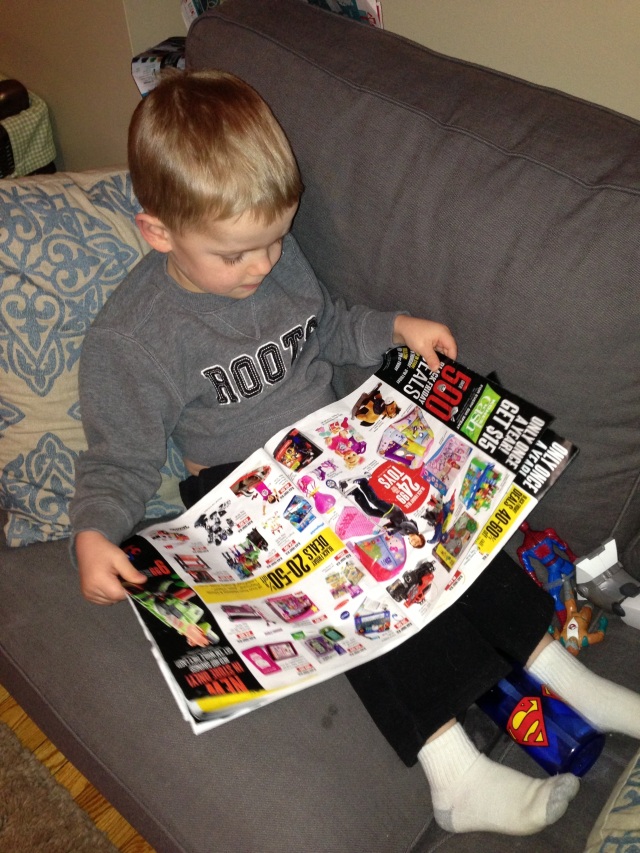 December has just begun and I have caught my THREE year old checking out all of the holiday ads for the past week or so. He is actually quite obsessed with it and has even fallen asleep at nap time clinging to a flyer. We try our best to stress to him that the true meaning of Christmas is the birth of Christ but for a little kid that is too easily overshadowed by Santa and all of his shiny new toys. At the same time he has had some difficulty understanding that Santa only rewards children who have been on their best behavior with these treats. 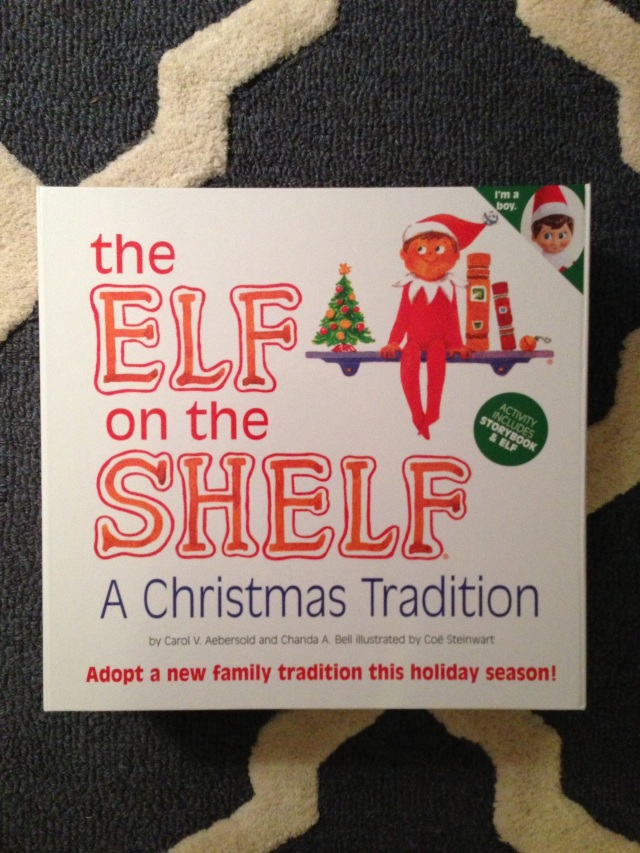 Enter the Elf on the Shelf. At first I didn’t really buy into all of the hype but decided it could be a fun tradition to start with the kids that will encourage good behavior during the holiday season and just maybe it will carry into the new year as well. The cute boxed set includes an elf doll and a book explaining the story. 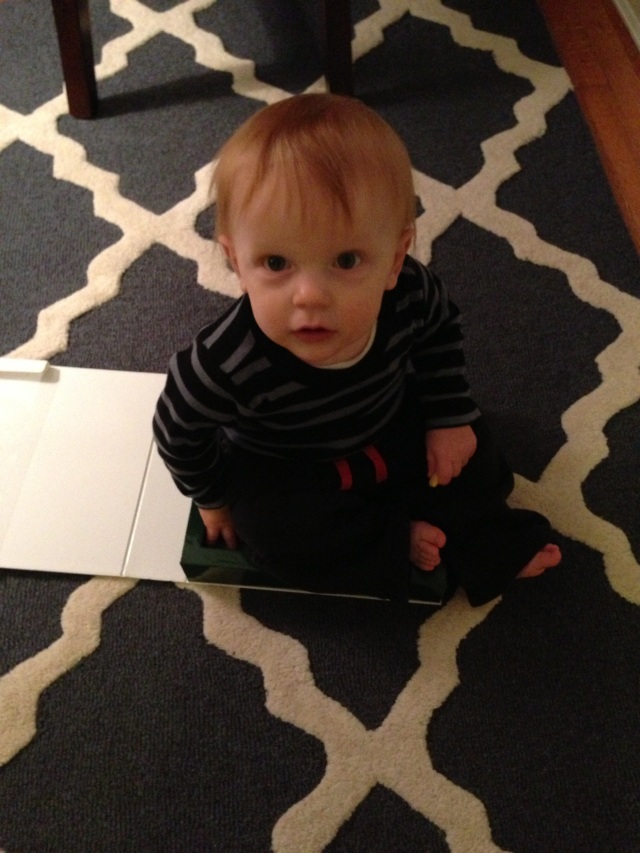 As usual the little guy was fascinated with just the box and hopped right in.

The elf made his grand appearance yesterday morning and we immediately read the book to Big H. The first thing he had to do was name the elf and he quickly chose ‘Chippy’ as that was the name of the elf in the cartoon he had seen on tv. The book goes on to explain that the elf will watch the child’s behavior during the day and then every night will fly back to the North Pole to report to Santa and then come back the next morning before we are awake. Each morning he will be hiding in a different spot. I have seen some pretty creative things that people have done with their elves and I have a feeling my husband will have a lot of fun with this. Here are some great ideas! The only rule is that children can’t touch the elf or he will lose his magic and won’t be able to fly back to the North Pole. Big H didn’t like this too much since all he wanted to do was play with him. I was a little worried that he wasn’t really grasping the whole concept of the elf. Then, not even twenty minutes after the elf had arrived, he rammed a truck into his brother’s face and without hesitation said “I’m sorry Chippy it was just an accident. Please don’t tell Santa!” I think I’m going to like having this guy around and hope that it’s a cute little tradition that will help keep the magic of Christmas alive in our house for years to come.