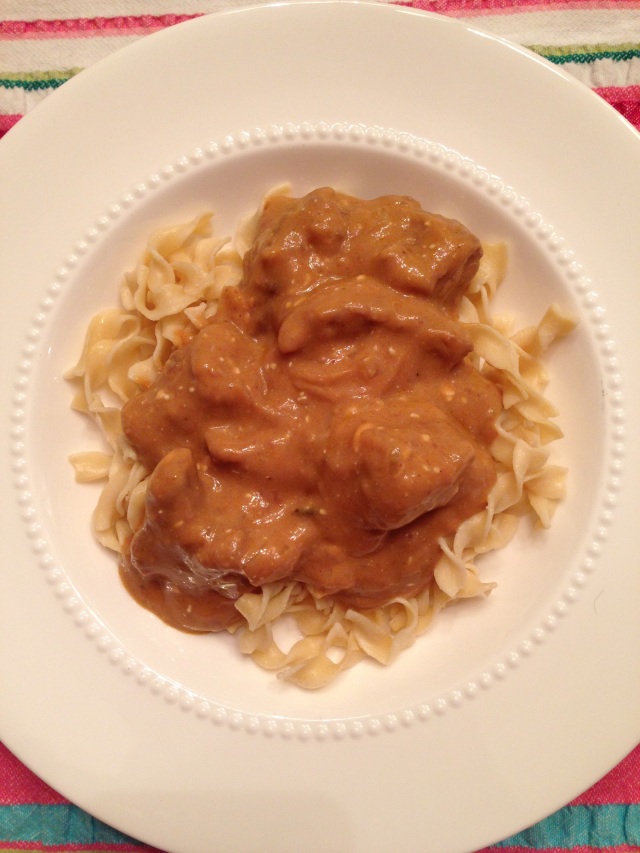 We are gearing up for another big snow storm here in Western New York starting this morning. This is the perfect recipe to throw in the crockpot so you can sit on the couch and watch Frozen with the kids while the flakes fly outside. I promise that this dish taste a million times better than the picture in this post make it look, so don’t let them scare you.

1. Add all ingredients except for cream cheese and sour cream to crockpot. Stir to combine.

2. Cook on low setting for 5-6 hours. Unless of course your crockpot has super powers like mine, in which case it will be done in under three.

If the sauce is not as thick as you would like, you can add in 1 Tablespoon of corn starch. Also, if you have mushroom lovers in your household then adding in some sautéed mushrooms about 30 minutes before cooking time is up would definitely be a tasty touch.